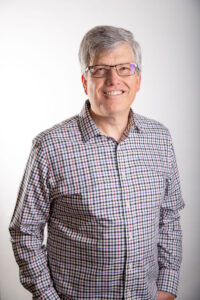 Academic Interests and Specializations
At the heart of my scholarly passions lies Logic—the attempt to understand how good reasoning works and how it may be modeled mathematically. I am especially interested in how the best of scientific reasoning functions and how that kind of reasoning may be applied to religious questions. I am also interested in the pragmatics—the ethics and practical rationality—of religious belief. I believe we can effectively reason about God using the same sort of reasoning used in the sciences. And I believe that some substantial religious beliefs are practically, ethically, and rationally justified.

May 22, 2021, “Faith and Hope Among the Virtues” at the 2021 Pacific Northwest Regional Meeting of the American Academy of Religion / Society of Biblical Literature

2020, “Will Androids Need Salvation? A Dialogue with Chalmers’ Philosophy of Mind,” in Technology and the Christian Faith, William H. U. Anderson, ed., Vernon Press, pp. 217-241.

May 4, 2019, “AI and Consciousness” panelist at Technology and Theology conference, Canadian Centre for Scholarship and the Christian Faith, Concordia University of Edmonton.

March 19, 2016, “The Apparent Immorality of Being a Satisfied Atheist,” Society of Christian Philosophers Pacific Regional Meeting, University of San Diego.

January 26 & 27, 2007, “The Case for a Creator,” “The Case for Christ,” & “The Essence of the Gospel” Breakforth Ministries conference, Shaw Conference Centre, Edmonton.

May 11-14, 2001, “If a Contradiction Were True,” at the annual meeting of the Society for Exact Philosophy, McGill University, Montreal.

March 19, 1998, “The Resurrection of Christian Philosophy,” the Edmonton chapter of the Christian Medical-Dental Society.

1996, “How Lutherans Know About God,” in Pathways of Grace and Knowledge: the Christian Presence in Academia, Neil Querengesser, ed., Concordia University College of Alberta, pp. 18-33.