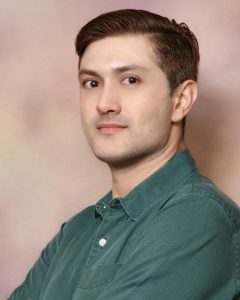 I specialize in Modernist literature and Postclassical Narratology. My current PhD research project deals with Antenarrativity in Late-modernism as they intersect with Irish and Global Geopolitics. “The Chaotic Narratology of Joycean Nocturnal Raconteurs: Finnegans Wake’s Quest for Mitigating Cosmic Narratives” is a dissertation that would help decode Joyce’s Finnegans Wake. I scrutinize the way stories are formed and narrated in the post-Einsteinian era and argue that specific aspects of Relativity and Chaos Theory inform a new conception of geopolitics and language. My shorter research projects and conference presentations deal with modernist and postmodernist cosmology and geopolitics.

Kashani, Mahdi; and Harati M. “A Study of the Essence of Tragedy in Millerian Plays
Throughout Nietzsche’s Idea of Inevitability,” C.S.Canada: Studies in Literature and
Language, Vol. 3, No. 3, 2011, pp. 79-85.

Kashani, Mahdi; and Ahmadian, M; “Mystic Aesthetics of Art in A Portrait of the Artist as a
Young Man by James Joyce,” (In Farsi); Journal of Contemporary Literary
Researches, Tehran University. 2011.

Kashani, Mahdi. (2016) “A Nebulae of Resonant Possible-Worlds: Postclassical
Storytelling and the Textual Density in the 21st Century.” EFS Symposium.
University of Alberta.