The "Black Friday" curse that affected the Thunder Hockey team (resulting in a 9-2 loss to NAIT) hadn't quite left their system by the time Saturday night's game rolled around which ended in another lopsided NAIT win (7-2).  Although the team played much better on Saturday, the Thunder took far too many penalties and the Ooks made them pay, scoring four power play goals.  Overall, more consistent goaltending, stronger team defence and a little more offensive punch is what the team will be wishing for from Santa as they go into the long final exam and Christmas break.  Despite finishing off the first term on a five-game losing streak, the Thunder are still very much in the thick of things and will come back looking to move up in the standings as fourth place – at least – is still very much within the realm of possibility for this talented group. 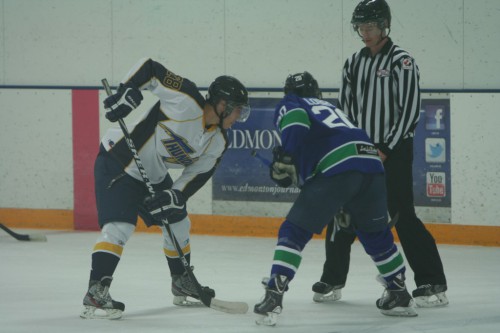