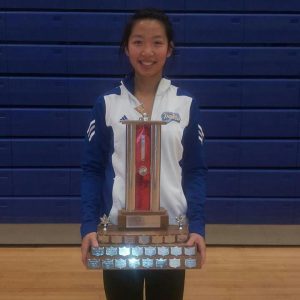 In addition to the stellar performance by Wong, several other Thunder athletes also fared well on the weekend. The Thunder women owned the podium in Single's play with all three medals going to Thunder Athletes.

On the men's side, first year player Connor Reinson did very well, losing only in the Single's final against the 4-time national champion from NAIT to claim the Silver Medal.