Women’s Basketball Get Caught ‘Staring at the Skylights’

On Friday the Thunder Women’s Basketball team faced off against the Skylights from Montana State University-Northern. “This is an excellent team and test for us to finish off pre-season action,” opened Coach Robbie Valpreda. As the game began, the Thunder showed they could keep up with a bigger and more athletic team, trading baskets throughout the first quarter. ”We didn’t back down and we weren’t intimidated." After the first quarter the Thunder were down by just six. “As the (regular) season is just around the corner, our emphasis was to be better from start to finish and as we began this game playing well.” Going into the second quarter, the Skylights started to pull away with their excellent execution and decision-making, sending the game into halftime up 41-22.  As the second half began, the Thunder came out executing better and looking to run in transition. But the team from the south was too strong and they pulled away from the Thunder and cruised to a 78-39 victory. "This wasn’t a forty-point loss tonight. We were in this and then we shot ourselves in the foot. However, there were also a lot of positives as the team was able to compete and stay with an American school. We had lots of bright spots, people came off the bench and proved themselves; as a group, we are getting better each day but we have to remember that as we get better physically we need to stay sharp mentally. We have a young group and no matter what type of adversity we see we must always stay together as one,” concluded Valpreda.
The Thunder Women's Basketball team will open the regular season this coming weekend when the host the Lakeland Rustlers on Friday, October 17th with the tip-off going at 6 PM. Go Thunder!!! 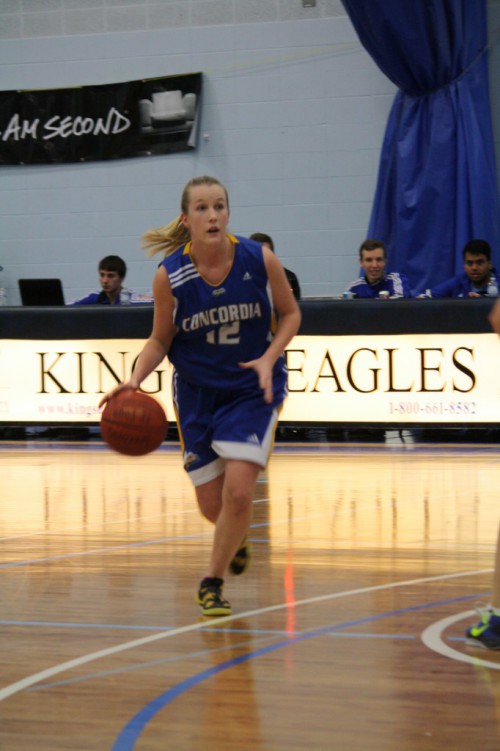