The Thunder Women's Volleyball team opened up their regular season play this past weekend playing the Rustlers from Lakeland College. Starting out on the road Friday, the Thunder came out very flat against a team that showed a lot of enthusiasm and determination to start the season on a winning note and it showed on the court. In the end, Concordia could not generate any flow on the court and lost in straight sets, 25-8, 25-20 and 25-14. Sarah Karasiuk was selected the Player of the Match for the Thunder.
In Saturday's return match at home, the Thunder wanted to come out and dictate right from the start and get a split for the weekend. With the opportunity to win a couple of sets, the Thunder broke down at key moments of each set and the Rustlers took advantage of Concordia mistakes and won once again in straight sets, 25-18, 25-11 and 25-23 to sweep the weekend series. Sara Rubuliak was the Player of the Match for the Thunder. First year Head Coach Trever Turner commented on how the weekend went. "At times we played some great side out volleyball against a very good Rustlers team, but when we had the opportunity to get a run of points we were unable to capitalize on that and the Rustlers took advantage of our errors. We will continue to work on our first contact this week as we need to be better in that phase of the game. One of the positives from the weekend was our middle play as they are starting to do a good job of controlling the net play which will help our outside hitters in getting some one-on-one match ups."
The Thunder Women will now play a pair of 'away' games this coming week with both matches going on 'up the road' at NAIT.  The first tilt with the Ooks goes on Thursday evening, October 23rd at 6 PM with the follow up game being a matinee at 1 PM on Saturday, the 25th. 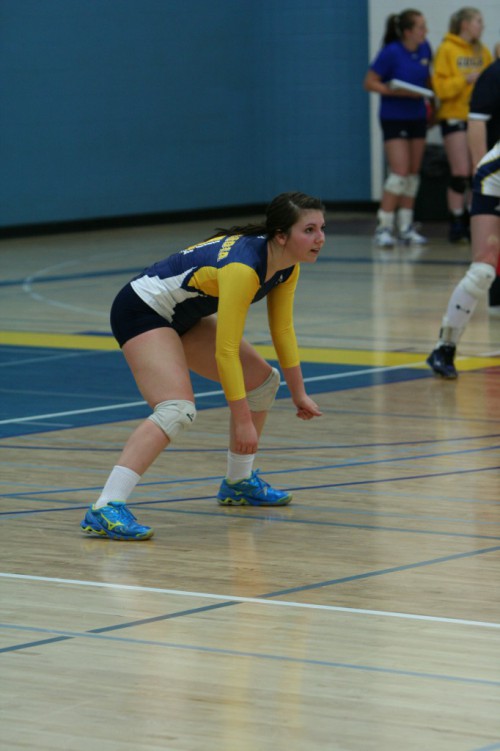