This past weekend the Thunder Women's Volleyball team hosted a four team tournament featuring NAIT, King's University College and Augustana as they continue to prepare for league play. On Friday night versus NAIT, the Thunder started out strong in all three sets but could not maintain that intensity throughout the match and the Ooks took advantage of that, winning in straight sets 25-15, 25-15 and 25-23. In Saturday's morning affair versus Augustana, the team was very focused right from the start and played some of their best volleyball so far in the early season but could not push through to the end and again lost in three 26-24, 25-12 and 25-19. In the evening match against King's University College, the team continued to take the right steps forward in their team play but could not finish at the end and dropped another straight set loss, 25-15, 25-19 and 25-23. Coach Turner comments: "Overall, I was happy with how our mental focus has improved since last weekend when we were at the Olds tournament and we have taken the right steps in that area of the game. The tournament was a chance to play three North teams that we will face in league play and see how we match up with them. We know we can play with all of these teams, but we need to learn how to push back when the other team puts some pressure on us and we will be fine. Also, the tournament was a chance to play on our full court before league starts, so the ladies are comfortable in their surroundings."
The team will now go back into practice mode as they prepare for their final pre-season tournament on October 3rd to 5th in Red Deer. 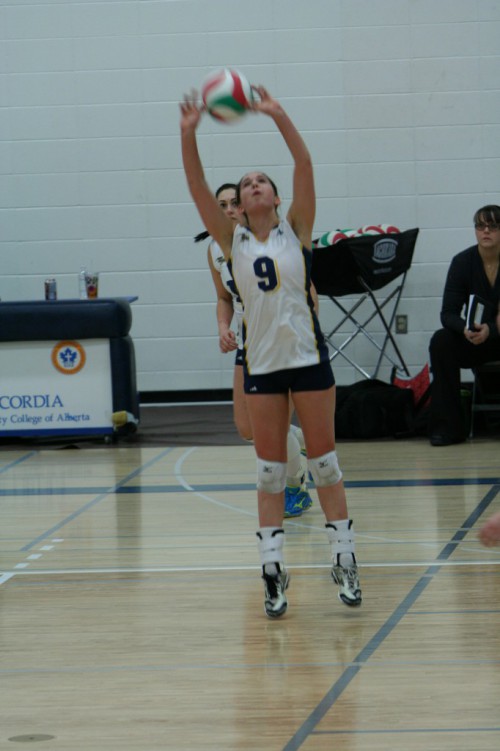