The Thunder Women's Volleyball team hosted the Keyano Huskies in a home doubleheader this past weekend but came away on the short end of each match. On Friday, the ladies came out with a purpose and controlled the first set, winning 25-23. After the set, the team let up on their mental focus and the Huskies took advantage of that and won the next three sets, 25-21, 25-22 and 25-14. Jae-Lyn Visscher led the Thunder with 8 kills and 8 digs while Mackenzie Bouchard was the Player of the Match for the Thunder.
In Saturday's afternoon match, the team came out very flat right from the start and their first contact struggled in each set, sending the team down to defeat in three straight, 25-12, 25-19 and 25-15. Dayna Starke led the Thunder with 6 kills with Jae-Lyn Visscher selected as the Thunder Player of the Match. Coach Turner commented on the weekend matches: "On Friday, we came out with a strong commitment to playing side-out volleyball and we did that for the majority of the match. However, there were times where we relaxed in our mental focus and the Huskies capitalized on it and that is the reason they won the match. In Saturday's match, we struggled with our first contact, although credit to the Huskies as they did elevate their play from the previous night. We still need to learn that to be successful at this level every ball in practice is a game-like situation and when we do that some of the unforced errors we make will not happen. We did have a couple of ladies who played well as Mackenzie Bouchard and Jae-Lyn Visscher had two good matches that they should build off of for the upcoming weekends."
The Thunder's next action will be against the King's Eagles. They travel across the river on Friday night before returning to the Ralph King for the home match.  The opening serve goes at 6 PM both nights. 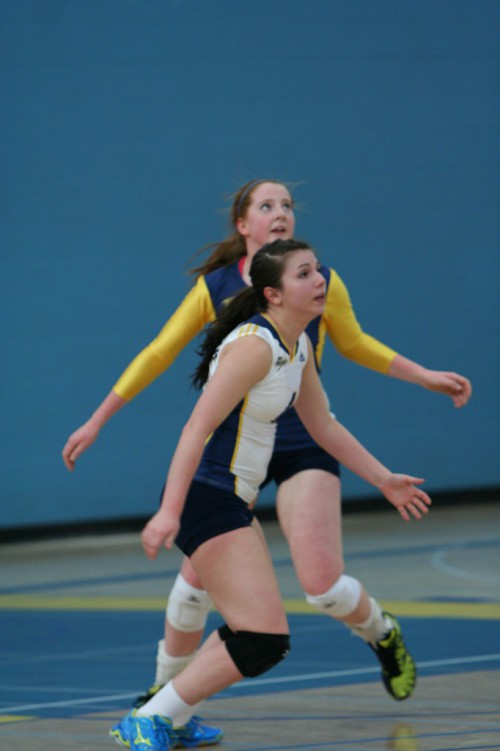