This past weekend, the Thunder Women’s Basketball team travelled to Calgary to compete in the ACAC wildcard play down for a spot at next weekend's ACAC Championship. Going into the weekend as the 8th seed, the Thunder kicked off the Qualifier round with a Friday night match up against the Medicine Hat Rattlers. The sudden death tourney brings out the best in all the teams and it was evident right from the opening tip-off that that neither team wanted their season to end just yet. But it was the Thunder who jumped out to a 15 point lead in the 3rd quarter. “We were playing our game; transition and rebounding were excellent,” stated Head Coach Robbie Valpreda.  As the 4th quarter began, the Rattlers started to play with urgency, cutting the lead to 10pts, then 5 pts then just 2 pts. “We completely went away from what we were doing, especially rebounding”.  With 7 seconds left in the game, the Thunder led by just 4 points when the Rattlers put through a 3-pointer to cut the Thunder lead to 1. With just 3 seconds left, the Rattlers stole the ball and shot for another 3-pointer just as the buzzer sounded. With the fate of both teams in the balance, the ball rimmed out and the Thunder moved on to a Saturday match up with the host SAIT Trojans.
Remarking on Saturday's winner-take-all tilt, Coach Valpreda stated, "this is what we work hard for all year, this game”. The Thunder quickly jumped out to a 21-14 lead. With a timeout called by the Trojans, the team from SAIT bounced back to take the lead into half time, 26-21. “Rebounding had to be better. That's what we told them at halftime. I also reminded them that this could be our last 20 minutes as a group, to leave it all on the floor”. The second half of the game saw an offensive glut as neither side were able to make shots but as the third quarter wound down, it was the Trojans who found their groove and pulled out to a 10 point lead. “Their veterans, their 5th year players hit big shots”. As the 4th quarter began, the Thunder began to play with a sense of urgency, cutting the deficit down to 6 points. “We battled, we competed, we played with heart,” stated a proud Coach Valpreda. In the end however, it was the Trojans who would emerge with the 53 – 42 victory. Coach Valpreda summed up the season with these words: “This has been an incredible season. I’m so proud of our girls and coaches. When we started this all back in September we had no idea where we would end up. It all came down to one game and I have never been more proud of a bunch of girls. This is something special; even though it hurts to lose, this is just the beginning of a great program. Concordia Women’s Basketball will be a contender in the future and these girls are the stepping stone to our future success."  Well done Thunder!! 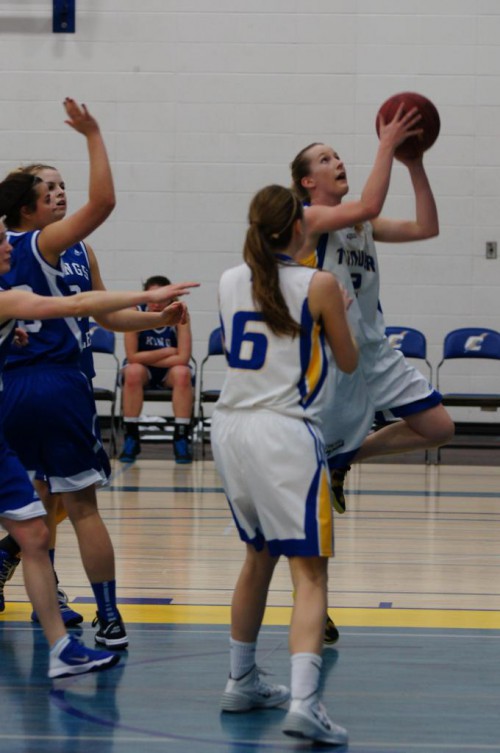