This weekend the Thunder Hockey team took a pair of losses in twin tussles with the league leading NAIT Ooks. Friday night saw the Thunder lose 7 to 2 in what will likely be the last home game played at Glengarry Arena. Thunder rookie forward Nathan Smith was the Player of the Game picking up a goal and an assist.
On Saturday night the Thunder dropped a 5 to 2 decision to the Ooks at NAIT Arena. Goalie Rhys Hadfield was spectacular in the game turning away 47 of 52 shots by the Ooks. Leading the way offensively once again was Nathan Smith, who scored both goals for the Thunder.
Next weekend the Thunder travel to Fort McMurray to conclude the first half of their schedule with 2 games vs the Keyano Huskies. 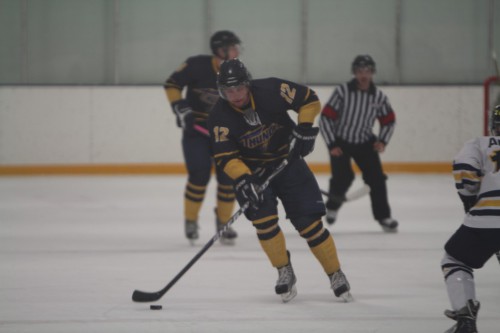