On November 21st, Concordia Thunder Badminton stand out Takeisha Wang was feted by the City of Edmonton for her outstanding achievements in national and international play. The city's Salute to Excellence Council presented Takeisha with a Performance Award at the Citation and Performance Awards ceremony held at Edmonton's City Hall.  Performance awards are presented to citizens who have won a Canadian Championship or have placed in the top three at an international event.
In Takeisha's case, she was lauded for both her Gold Medal in Mixed Doubles at the 2015 u19 Pan American Games in Tijuana as well as her Gold Medal in Mixed Doubles at the 2015 u23 Junior Nationals in Moncton. 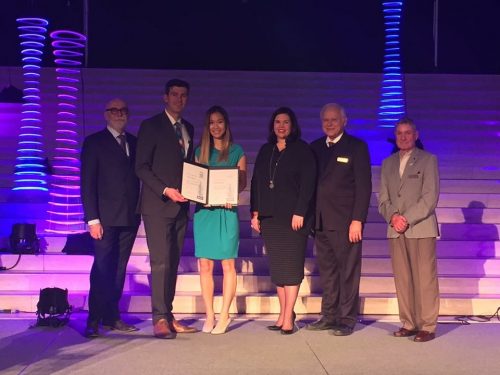