The Thunder Badminton Team is ramping up for what should be the final 'unofficial' season of ACAC competition.  With the addition of King's University College this season and in anticipation of Olds College joining for the 2014-15 season, Badminton competition will be back up to 4 schools and therefore, will once again be an 'official' ACAC sport.
After a relaxing 'team building' break in Jasper over the Christmas holidays, the Thunder are gearing up for this year's national qualifying tournament on Feb 15th @ NAIT.  The Thunder should have some great chances to qualify in different events. Kieran Johnson is joining the Thunder for Semester 2.  "Kieran is a great addition to the Badminton team and makes our guys side stronger," stated 5th year Head Coach Kevin MacAlpine.  Keiran is the 3rd graduate from Bev Facey High School on the team, joining Andre Leblanc and Erin O'Neill.  Kieran was a Silver Medalist in High School Singles Provincials 2 years ago.  It's great to add Kieran to the team! The Thunder will be participating in an Alberta Series Badminton Tournament Jan 24-26 at the Royal Glenora Club to prepare for the National Qualifying.   Good luck Thunder!! 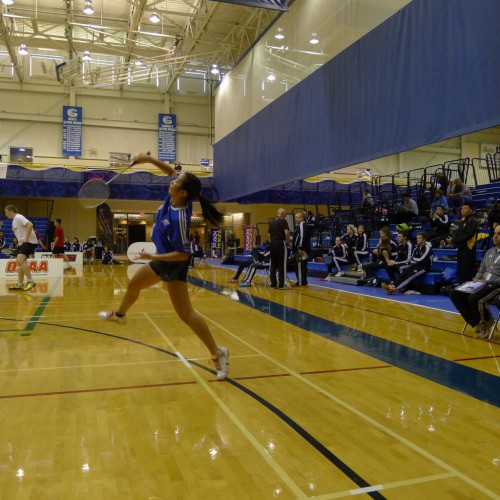