The Thunder Badminton Team competed this past weekend at the Alberta Series Tournament at the Royal Glenora Club to prepare for the National Qualifying coming up Feb 15th @ NAIT.  There were lots of great moments but the highlight of the tournament was definitely the Men's Doubles team of Connor Reinson and Kieran Johnson.  They played very well and came up just short in the final but defeated a strong NAIT team in one of the preliminary matches.  Kieran Johnson is joining the Thunder for Semester 2.  "Kieran is a great addition to the Badminton team and makes our guy's side stronger," stated Thunder Head Coach Kevin MacAlpine.  "Kieran was a Silver medalist in High School Singles Provincials 2 years ago.  It's great to add Kieran to the team!"
At National Qualifying, the Thunder should have their chances at qualifying for both the men's and women's doubles competition. In the mean time they will continue to work hard and hopefully great results will follow. 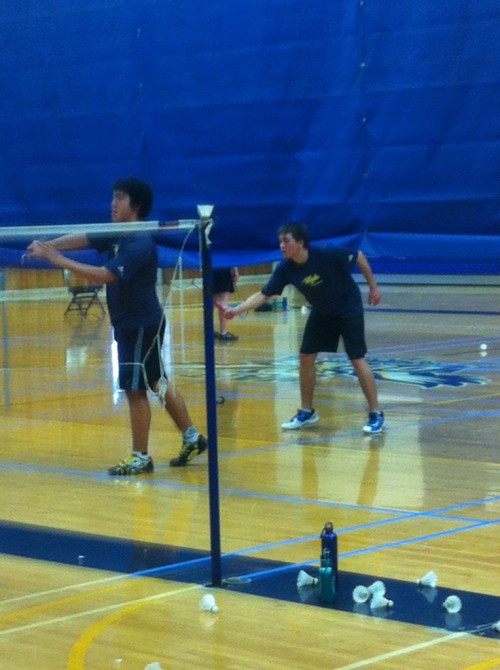