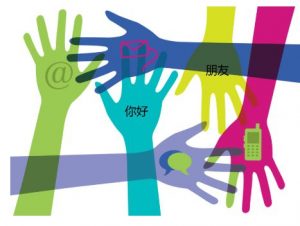 Dr. Li will be discussing Interpersonal Touch in Mandarin Interaction

Biography
Dr. Xiaoting Li is an Assistant Professor of Chinese Linguistics at the Department of East Asian Studies, the University of Alberta. Her field of research is language in Chinese interaction and multimodal analysis. She is an internationally recognized pioneer in multimodality in Chinese interaction. Her book monograph Multimodality, Interaction and Turn-taking in Mandarin Conversation (2014, John Benjamins) is the first book-length study of multimodality in Chinese interaction. She has also published more than a dozen articles in internationally recognized journals, book volumes and encyclopedia in her field such as Journal of Pragmatics, Language Sciences, and Chinese Language and Discourse. In the past five years, she has been awarded multiple grants including the Social Sciences and Humanities Research Council (SSHRC) of Canada Insight Development Grant and Kule Institute for Advanced Studies Research Team Grant to conduct her research on Chinese interaction.