The Thunder Men's Volleyball team played a tough NAIT team this weekend losing both matches in 4 sets. "The guys weren't at their best and still managed to push NAIT almost to the limit in both matches," stated Head Coach Lucas Jacobson. Saturday's loss was especially tough as the guys fought hard in sets 3 and 4, even being up 24-23 in the fourth set before eventually falling 26-24.
The guys go into a bye weekend and then off to Grand Prairie for a tough set against the Wolves. Players of the Game for the weekend were Nick Dove and Connor Reeves. 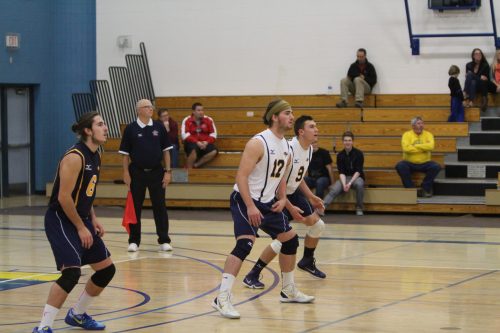