While the Thunder continue to improve in their team play and 'compete factor' each week, they went up against a veteran team in the King's University Eagles this past weekend, losing both matches; but not without a fight!  On Friday at King's, the ladies started off strong and played side-out volleyball in the first set showing each other that they can compete against every team in this league. As the match wore on, the Thunder made some key unforced errors at crucial stages of each set and lost in three, 25-20, 25-15, 25-15. Jae-Lyn Visscher recorded 7 kills and 4 digs and was selected the Thunder Player of the Match.
In the home game on Saturday, the Thunder showed some passion to win and played some outstanding back row defense throughout the match which kept the Eagles offense off balance. As the match wore on, experience was a factor and the Eagles took advantage of that and won in four sets, 25-13, 22-25, 25-15, 25-12. Jae-Lyn Visscher once again led the Thunder with 7 kills and 11 digs while Sarah Karasiuk was the Thunder's Player of the Match.
Coach Turner's comments for the weekend: "We are starting to show each other that we can compete with each team in the north division and when we keep our focus for a full match we will be successful. There are times where we lose our focus for one or two points and by the time we get it back, those two points become six to seven and it makes it difficult to win a set or a match. We are really stressing to the ladies each day that the mental part of the game is more important than the physical and we do see them starting to understand that. What I really liked from this weekend is the passion to win that we showed in the second set on Saturday night. That was our best set of the season and if we can build off of that and apply that passion in each practice and training session, it will make us have that success on the court."
The Thunder will now journey up to Grande Prairie for a pair of away matches with the Wolves.  The matches kick off Friday at 6 PM and Saturday afternoon at 1. 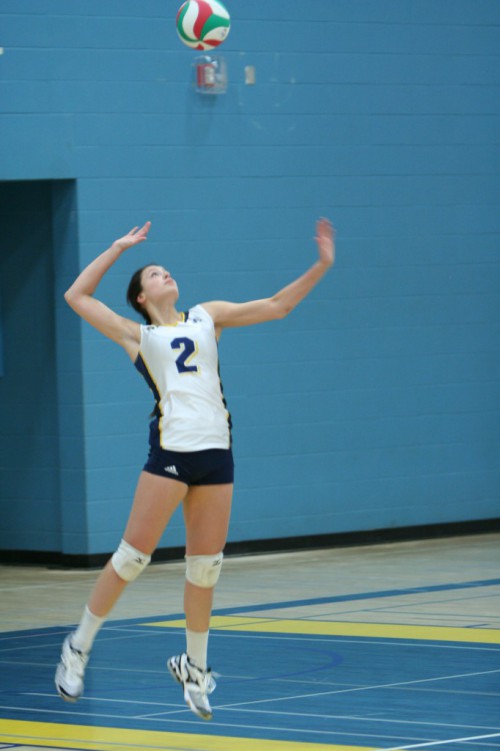