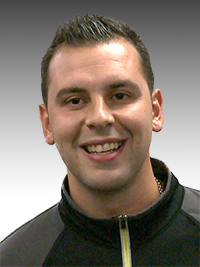 Veteran players and powerful new recruits led the squad to a 8-1-1 regular season record and has earned them a wildcard for the 2012 CCAA (Canadian Collegiate Athletic Association) Women’s Soccer National Championship.

Cordeiro is a National B licensed coach who’s involved with the Alberta Soccer Association, serves as a mentor for the CCAA Female Apprentice Coach Program and leads several local club leagues. His coaching tactics include providing fitness and nutrition education, having players consults with a sports psychologist, and organizing tutors for athletes.

The other nominees for 2012 CCAA Women’s Soccer Coach of the Year were Amy Connolly of the Holland Hurricanes, David Desloges of the Élans de Garneau, Tom McManus of the TRU WolfPack, and Diarmuid O’Connor of the Centennial Colts.

The 2012 CCAA Women’s Soccer National Championship will be hosted by Holland College of Charlottetown, P.E.I. November 7-10 at the Terry Fox Sports Complex in Cornwall, P.E.I.