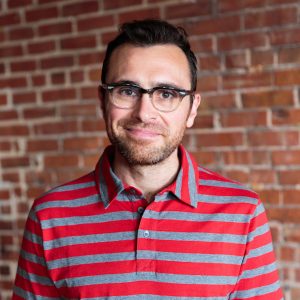 Concordia University of Edmonton is very pleased to announce exciting plans for the publication of a book commemorating its 100th anniversary in 2021. Award-winning journalist Tim Querengesser has been contracted to tell Concordia’s century-long story, from its early days as a preparatory school for Lutheran ministers to its current status as Canada’s pre-eminent small university. “It started in a hotel,” writes Tim. “Today it’s a boutique university.” Tim plans to tell Concordia’s story as it’s never been told before: “Something about Concordia in Edmonton—the original dream that saw its founders pour themselves with near reckless overwork into the project—resonated with each new generation that came to activate it. While Concordia changed it also survived, and thrived.”

Tim has published timely and engaging stories on Edmonton’s politics, society, and culture, and has written many other stories about western and northern Canada as well. His pieces have appeared in such publications as Alberta Views, The Walrus, The Globe and Mail, and Financial Post. He has worked in and written about Kenya, Tanzania, and Ethiopia and has travelled to China in search of even more stories.

As founder of The Edmonton Wayfinding Society, Tim is an expert at finding the most rewarding ways of getting about. Concordia has every confidence that Tim will likewise guide his readers on a captivating journey through its first one hundred years. For his part, Tim looks forward very much to telling this story—“of the people and the dream, and how they made that [century] happen.”