The Thunder Women's Volleyball team went up against the top team in the north in the Lakeland Rustlers. Although the Thunder lost both matches, Coach Turner saw some positives from the weekend. In Friday's match, the Rustlers came out with a high level of intensity that the Thunder were unable to match and controlled the contest from start to finish. The scores of the match were 25-7, 25-18 and 25-16. Dayna Starke was selected as the Player of the Match for the Thunder.
In the second match of the doubleheader played at Lakeland, the team came out with some passion and fire right from the start and played their best match of the season. In the first set, the team controlled the first contact of play and took the Rustlers out of their rhythm and won the set 25-20. As the match continued, the Rustlers did get stronger but the ladies were able to match that intensity and although they lost the next three sets, they had the opportunity to win the match. Scores of the final three sets were 25-11, 25-15 and 25-21 with Dayna Starke again selected as the Player of the Match. This match was also a fundraiser for the fight to cure MS so both the Thunder and Rustlers wore red MS shirts in the warm up to raise awareness of this disease. The Thunder want to thank the Lakeland Rustlers and the MS Society for letting them be involved in this event. Coach Turner had this to say about the weekend's events: "Although we struggled in the match on Friday, I give a ton of credit to the Lakeland Rustlers for that as they elevated their game to another level and we were unable to match it and it showed in the score. We started to play okay halfway through the second set but we just can't walk on the court unprepared at the start and expect to compete. In the second half, teams are raising their games as they are fighting for a playoff spot and we need to match that. On Saturday we came out with that intensity and dictated for the majority of the match and although we lost, I know we gave the Rustlers a good match and they had to earn the win compared to the night before. Our skill level has improved since the first day of the season. We just need to elevate our toughness in key stages of each set to be successful. We will stress that in practice this week as we prepare for the Augustana Vikings this upcoming weekend." The team travels to Camrose on Friday for the first match up before returning home on Saturday for the home game.  The opening serve goes at 6 PM. 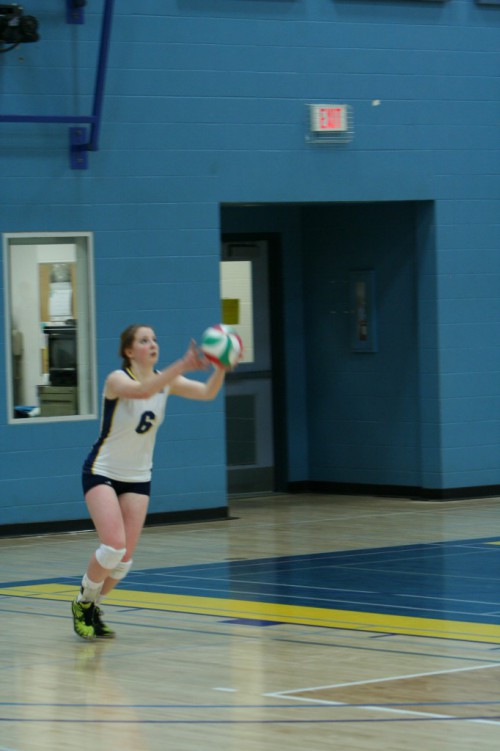