‘Tis the season – traditions and facts about mistletoe 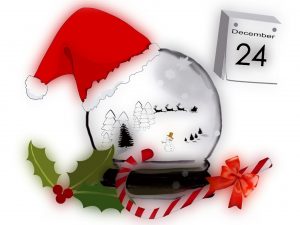 Mistletoe is intrinsically linked to Christmas. Traditionally speaking, in times of the ancient druids, hanging mistletoe at this time of the year in your home was supposed to ward off evil and bring good luck. In Norse mythology, mistletoe was a symbol of love, romance and friendship… think kissing under the mistletoe!

This tradition evolved further somewhere in the late 18th century in England, where custom became that a berry had to be picked from a sprig of Mistletoe before kissing under it, and once all those berries were gone, no more kissing allowed!

But what is mistletoe? Well, it just so happens that, at CUE, we have a mistletoe expert in our midst, and here, she tells us a bit more. 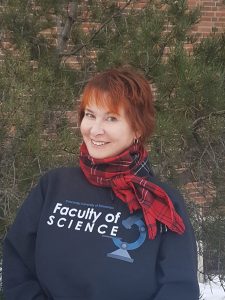 Hello, my name is Dr. Cynthia Friedman, and I am a scientist who studies mistletoe!

Seeing that Christmas is here and that mistletoe is associated with the season vis-à-vis, er, certain “traditions”, I thought now would be the perfect time to introduce you to this extraordinary group of plants.

And did you know mistletoe grows right here in Alberta? But I am getting ahead of myself…

All mistletoes – including the Christmas (or “European”) mistletoe – are parasites of other plants, typically trees. As parasites, they grow on (and into!) another living thing or the “host”. In Europe, host trees of the Christmas mistletoe, Viscum album, are very often oak trees. Oak trees are deciduous (i.e., naturally lose their leaves in winter), but mistletoes are evergreen. Thus, in ye elden tymes, anyone stumbling across a mistletoe-bearing stand of oak trees in winter — perhaps even Christmas Eve — might be awestruck by the brilliant display of verdant plant life in an otherwise barren thicket. And indeed, such stumblers began to associate green mistletoe with Christmas, fertility, reproduction, and hence, well, the kissing. Not necessarily in that order…

Being parasites, mistletoes will steal water and some mineral nutrients from the host. The Christmas mistletoe is not too nasty to the oaks; the trees may become somewhat “stunted”, but they live full oakful lives.

However, the mistletoe plants we have in North America – collectively called the “dwarf mistletoes” because they are smaller than Christmas mistletoe – are actually disease agents in coniferous forests. The dwarf mistletoe alas is not content with just water and minerals; rather, it also obtains sugars from the host conifer tree. Remember photosynthesis from first-year biology? Yeah, the dwarf mistletoes do not do so much of that, preferring to rely on the host to do the work. Subsequently, the host conifers, including trees such as pines, spruces, and firs, tend to become frail and have shorter lifespans. That is right – dwarf mistletoes actually parasitize our Christmas trees! 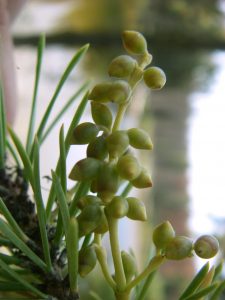 And yes – we have a species of dwarf mistletoe in Alberta – it can be found as a parasite on Jack and Lodgepole pines.

The name mistletoe? It is a word derived from Anglo-Saxon, essentially meaning dung (“mistel”) twig (“tan” or “toe”), because most mistletoes, including the Christmas mistletoe, are spread by birds. Birds eat the mistletoe berries, which are then…dispersed.

However, “our” dwarf mistletoes are not normally spread by birds. Instead, hydrostatic pressure builds up within the fruit, leading to the explosive discharge of the single seed, which can have an initial velocity of over 90 km/hr and can travel as far as 20 m in order to ideally (for the parasite) land on another host conifer. This ballistic discharge is a remarkable process, and we’ll save that for another time!

Cynthia Friedman, Ph.D., FRSA, is a former full professor from British Columbia and an inaugural member of the Royal Society of Canada’s College of New Scholars, Artists and Scientists, which represents the emerging generation of scholarly, scientific and artistic leadership in Canada. She is also a Life Fellow of the Royal Society for the Arts. She received her B.Sc. (First Class Honours) and Ph.D., both in Botany, from the University of Manitoba, and is currently teaching at Concordia University of Edmonton, where she is relishing the ability to engage so directly with the students. She enjoys writing songs about her hairless cat, Khloe.