Once again, the Thunder Men's Volleyball team played hard all weekend but lost two tough matches in 4 sets each night. "Our errors got the best of us in the end," commented Coach Luc Jacobson.  After losing the first set on Friday night at home, the Thunder came back and took the second set but couldn't sustain that momentum and dropped the final two sets and the match 3-1 (25-18,19-25, 25-17 and 25-21). On Saturday night at NAIT, the Thunder again won set number two, had a tepid third set and then pushed the Ooks to extra points to decide the outcome of the fourth and final set (25-20, 13-25, 25-15 and 26-24). "The guys took big steps forward again but we did not end up getting the result we were looking for," stated Coach Jacobson. "We also had our last match with Libero Christian Legg who gave this program his all for this last semester and his whole tenure at Concordia."  The guys are looking forward to some time off over Christmas then getting back to work and getting in the win column next semester. 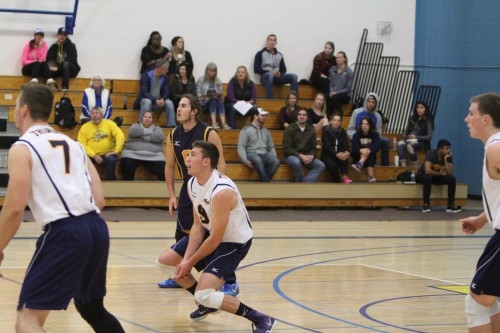