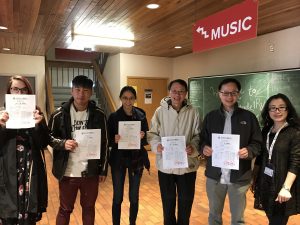 The HSK is an international standardized exam that tests and rates Chinese language proficiency. It assesses non-native Chinese speakers’ abilities in using the Chinese language in their daily, academic and professional lives. HSK level 1 to level 6 is equivalent to A1 to C2 level in CEFR (Common European Framework of Reference for Languages). The levels of the HSK correspond to the levels of the CEFR as follows:

12 participants from post-secondary institutions and the public challenged HSK test, among which 5 are from CUE, including students from CHIN 102 taught by Dr. Xinxin Fang and Chinese Course for Public taught by Ms. Rachel Wang. All the CUE students passed their tests and received International Certificates for Chinese Language Proficiency.

Congratulations CUE Chinese learners! Thank you Hanban, Confucius Institute in Edmonton, and the CUE IT department (especially Mr. Dante Macasaet! ) for your support and making this test run smoothly the first time at CUE. 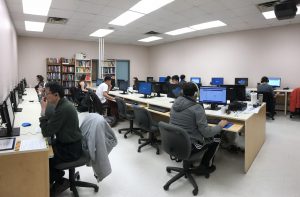