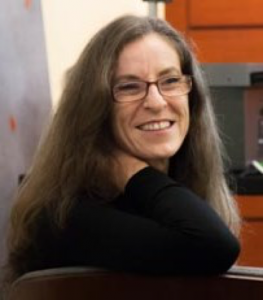 Dr. Valerie Henitiuk joins Concordia University of Edmonton (CUE) from MacEwan University, where she was Professor in the Department of English, Special Advisor for Indigenous Initiatives, and Executive Director of the Centre for the Advancement of Faculty Excellence (CAFÉ).

CUE’s President, Dr. Tim Loreman, is proud to welcome Dr. Henitiuk to our community of learning, a decision that was ratified by the Board of Governors this morning.

“Dr. Henitiuk’s expertise in the areas of university administration, teaching and learning, faculty development, and scholarship make her the ideal appointee to the role at this important and exciting time of change and transformation at CUE,” he said. “I have known and worked with Valerie for some time now and am thrilled that she is joining our senior administrative team.”

Dr. Loreman also took the opportunity to recognize and thank Dr. Maureen Stratton, Dean of Education, for her outstanding work as Interim Vice-President Academic and Provost during the period of transition.

Dr. Henitiuk is excited to be joining CUE as the new Vice-President Academic and Provost at such a fascinating crossroads in its history. “My background as a first-generation university student who has been affiliated with different sorts of post-secondary institutions throughout the course of my career allows me to bring new perspectives into play, whether international, national, or throughout our more local communities,” she said. “President Tim Loreman and I have already developed a great working relationship, based on shared values. I am looking forward to collaborating also with the other Vice-Presidents and Deans, as well as faculty, staff, and students. It will be a tremendous pleasure to help achieve outcomes that reflect and strengthen the unique identity (and promising future) of Concordia.”

Previously, Dr. Henitiuk served as Director of the British Centre for Literary Translation and Associate Professor at the University of East Anglia (UK). Her research has focused primarily on Translation Studies, World Literature, Japanese Literature, metaphor, and Women’s Writing; currently, she is studying the translation and circulation of Inuit literature in English and French, supported by a SSHRC Insight Development Grant. Other major awards include a SSHRC Doctoral Scholarship (2000-2004); a Killam Doctoral Fellowship (2004-2005); the Governor General’s Gold Medal (2005); a SSHRC Postdoctoral Research Award (2005-2007); the SSHRC Postdoctoral Prize (2005); and a Leverhulme Trusts (UK) Research Grant (2010-2011). She has been visiting scholar at both Columbia University (2005-7) and Harvard (2010-11).

Dr. Henitiuk’s work has been published in journals such as the Canadian Review of Comparative Literature, Comparative Literature Studies, META, Target, Translation Studies, and TTR, and in collected volumes such as Teaching World Literature, Thinking through Translation with Metaphors, Translating Women, and A Companion to Translation Studies. Her books include Embodied Boundaries: Liminal Metaphor in a Selection of Courtship Narratives in English, French and Japanese (Gateway Press 2007); One Step Toward the Sun (co-edited, Rupantar 2010); Worlding Sei Shônagon: The Pillow Book in Translation (University of Ottawa Press 2012); A Literature of Restitution (co-edited, Manchester University Press 2013); and Spark of Light: Short Stories by Women Writers from Odisha (co-edited, Athabasca University Press 2016). From 2012-17, she was editor-in-chief of the Routledge journal Translation Studies.