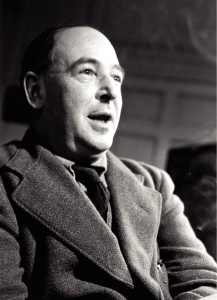 The Institute of Christian Studies and Society presents “C. S. Lewis: From Atheism to Christianity” on March 27th from 4:00 pm to 5:00 pm in T104. Dr. Joel Heck of Concordia Lutheran Seminary will discuss how C.S. Lewis, British author of the Chronicles of Narnia, became an atheist, as well as how and why he came back to Christianity, and what he subsequently thought about atheism based on his own atheism as well as that of others.

Dr. Heck’s focus will be on the years 1916 to 1931 in Lewis’ life and his fifteen-year journey to the Christian faith as well as the lessons we can all learn from his journey. The story of Lewis’ return to Christianity is largely biographical, examining his atheistic years in more detail than has previously been done in any biography of Lewis, using God’s four “chess moves” as the broad outline.