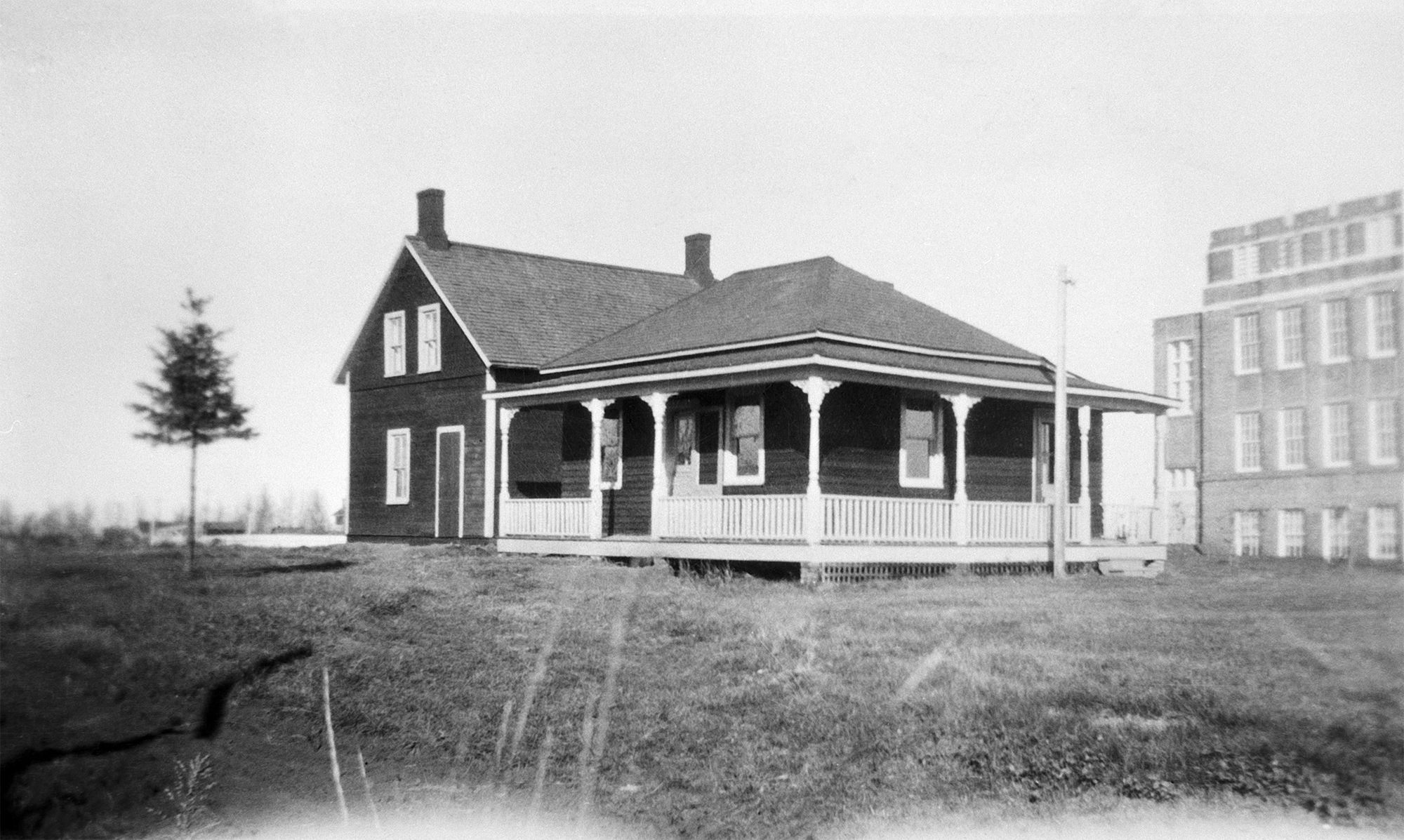 When Concordia College purchased the land at 7128 Ada Boulevard in 1924, the institution acquired the Fraser Cabin, later assumed to be one of the oldest properties in Edmonton. John Fraser married Sarah Jane Vincent in 1866 and, together, they moved to Highlands in 1871. There, they built a log cabin out of squared logs and lived with their 13 children.

The Fraser family has a fascinating history. Colin Fraser, John’s father, was a prominent fur trader with the Hudson’s Bay Company (HBC) and was the officer in charge of Jasper House for 18 years. Colin married Nancy Gaudry, a Cree woman, in the early 1830s and they had 12 children together. At the age of 12, John apprenticed with the HBC building boats at Athabasca for trade to Fort Chipewyan and Lesser Lake. As a young adult, John was considered to be one of the best dog drivers—stories were told of him driving up to 160 kilometres in a day to transport Company officials! At the age of 45, John had also acted as Chief of Scouts during the Riel Rebellion.

Concordia used the Fraser Cabin as a dormitory and residence up until 1978. In 1979, discussion arose around what to do with the now decaying building on stilts. It was deemed a safety hazard as children would run underneath it, and many individuals had broken into it. Although the Historical Society did not claim it as an official historical building, they urged the institution not to destroy it. After some discussion about relocating and restoring it to hold the District Archives, it was instead sold for $1 in 1982 with a condition of purchase that the buyers make no changes to the building, unless approved by the Alberta Historical Resources Board.

Since its beginnings, Concordia has had a great influence on Edmonton’s early history. For being a smaller institution, its impact on the surrounding community is so much greater than first expected.

Since 2017, I have worked in various capacities for the library, the archives, and the CUE 100 Committee. During my time as an undergraduate student in History, I participated in numerous research endeavours and continue to contribute in this way since graduating in 2019. I am forever grateful for my experiences at Concordia as the institution has provided me opportunities to grow both academically and professionally.