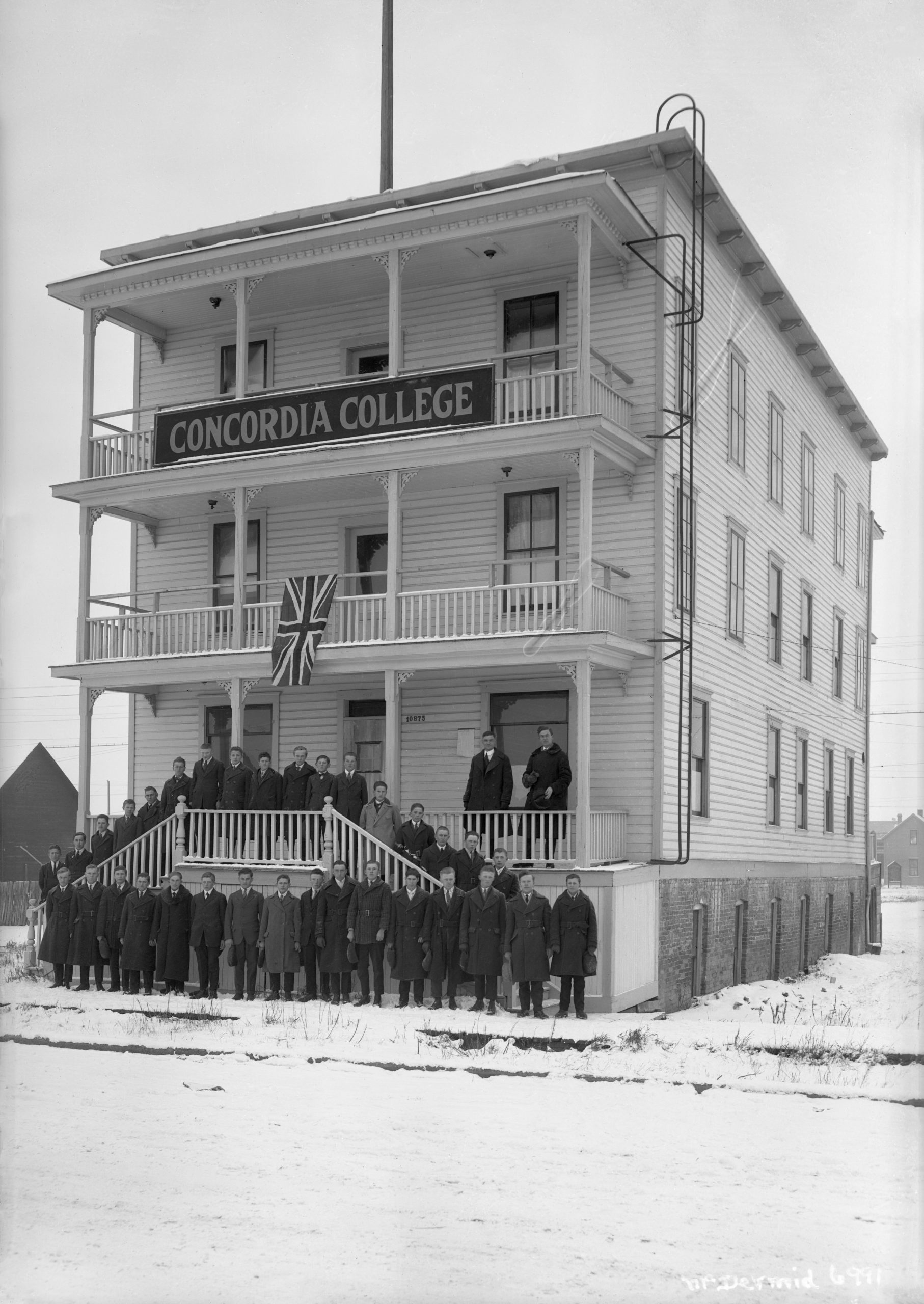 In 1913, the Manitoba-Saskatchewan Pastoral Conference petitioned to establish a college in order to prepare pastors and teachers for the growing Lutheran community in Western Canada. While this request was granted, the First World War slowed the progress toward the eventual establishment. Concordia College finally opened its doors on October 31, 1921, at the leased Caledonian Temperance Hotel at 10875-98th Street, with a service and address from Dr. Albert Schwermann who announced the motto of the college as, “The fear of the Lord is the beginning of Wisdom” (Psalm 111:10). On the institution’s opening day, enrolment stood at 35 grade nine students. Once enrolment hit 65 students in 1924, Concordia leased additional space from a residence located at 9522-110th Avenue, but decided to move to the second story of the Vinegrove Apartments on 96th Street and 109th Avenue the next year. Three times per day, no matter the weather, students had to walk four blocks to the dining hall. As Dr. Schwermann said, it was “good exercise!”