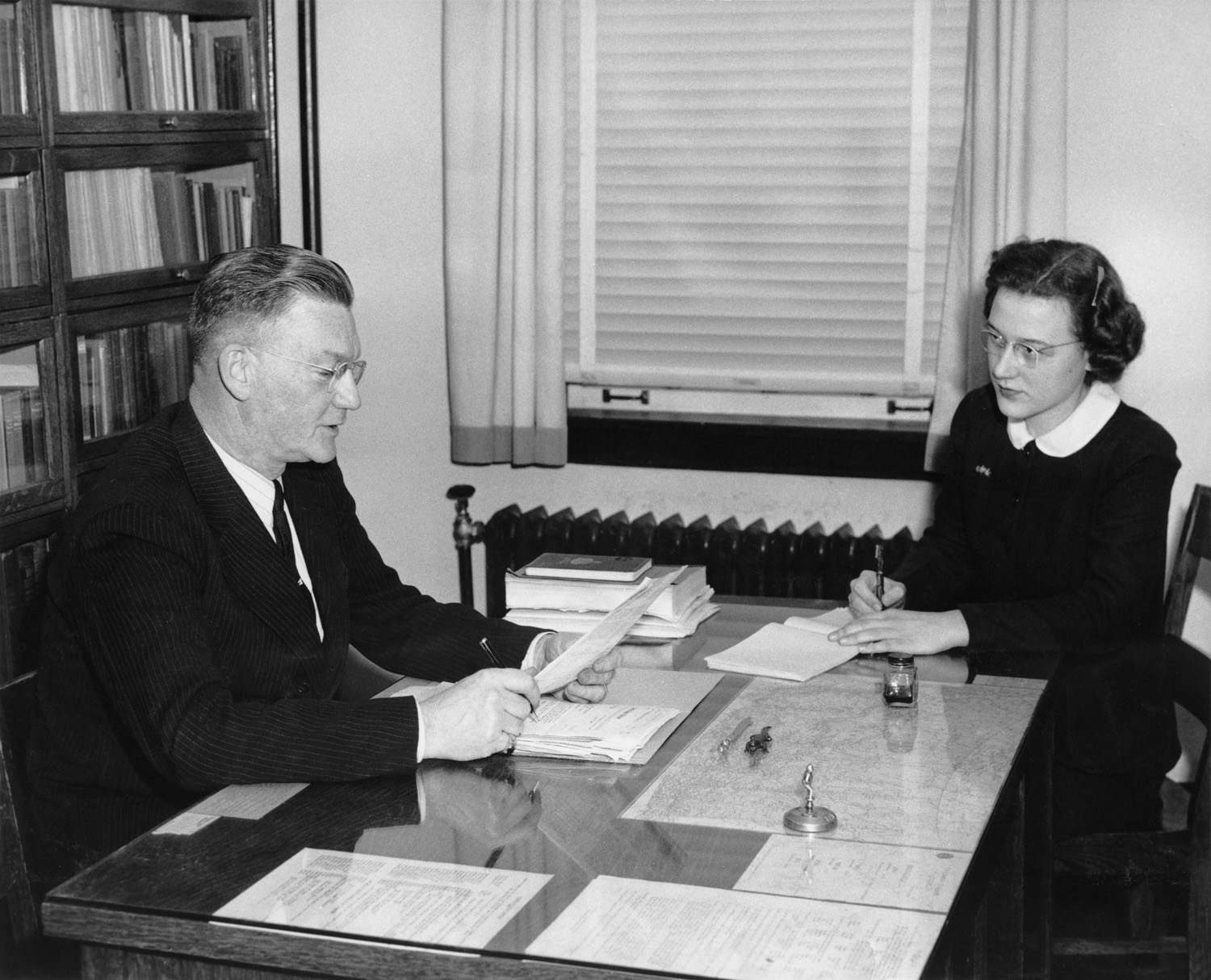 In the fall of 1942 the Canadian Broadcasting Corporation invited Dr. Schwermann to conduct a “Church of Air” program on the popular Edmonton radio station CJCA and suggested he have the accompaniment of a student choir — thus began the Concordia Choristers. The broadcast aired on Sunday, November 29, following Winston Churchill’s war address. With a large audience listening, Concordia received a number of letters in positive response to the broadcast. One letter the institution received came from a company of soldiers who had gathered together in their barracks around the radio until the entire program had come to an end. Not many years later the Choristers were to have a new pianist. Miss Marvelyn Schwermann was one of the first women hired at Concordia, where she served as secretary to the President and played piano for the Concordia Choristers from 1948-1953. After she departed from Concordia, Miss Anna Behrends took over as office secretary and pianist for the Choristers.