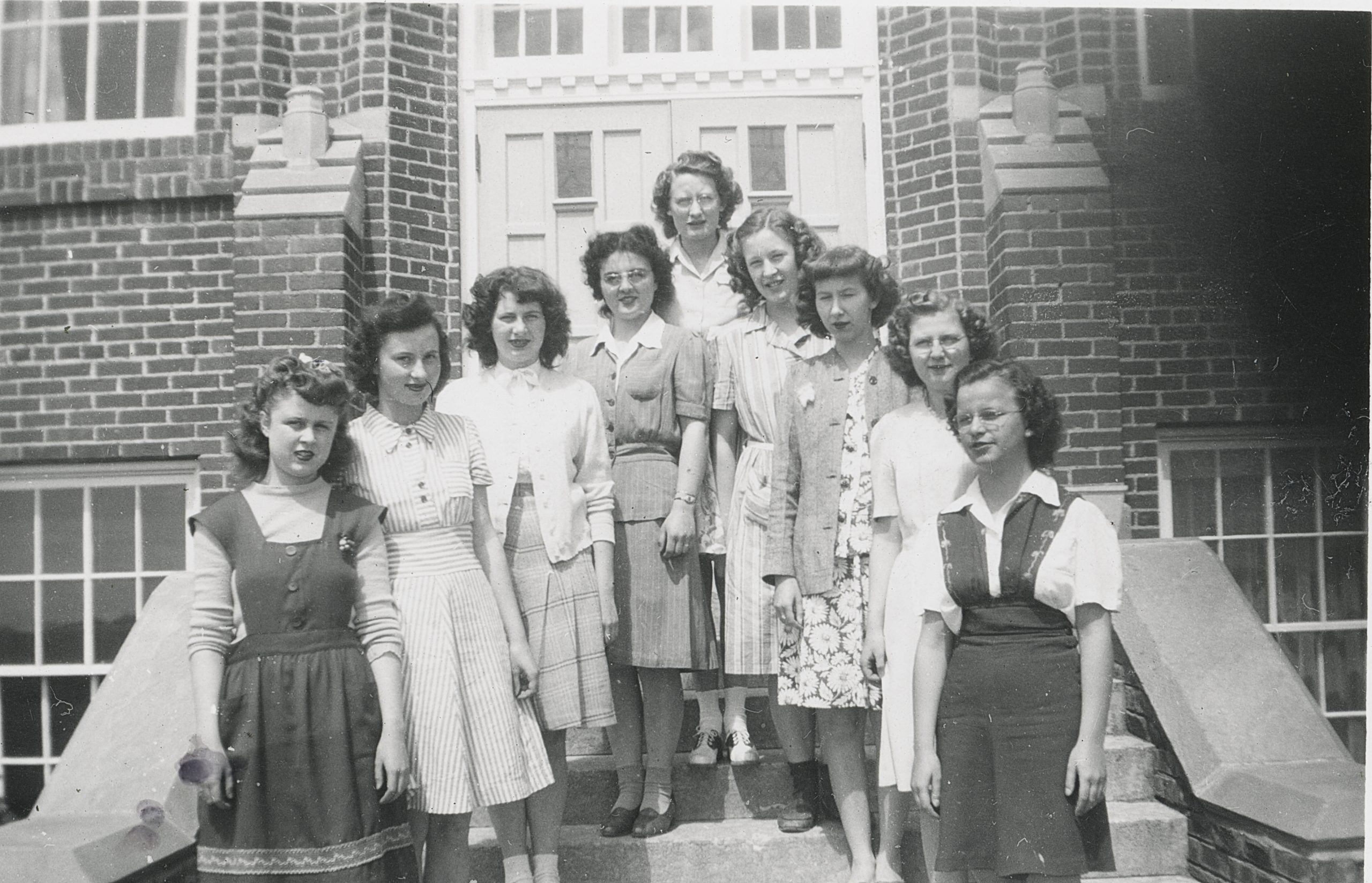 Today we tend to emphasize equality over contest. This stands in contrast to one of Concordia’s past traditions, the annual nominating of Concordia “Queens.” A selection of these nominees is described in a newspaper article from 1961. During this time period Concordia served as a high school as well as a college. This meant the title could be given to any girl in the tenth grade and above. Whichever girl was nominated would be honoured at the Grade 12 Carnival which took place every spring. Before discussing the contestant’s educational achievements, the article first highlights their physical appearance. For example, one nominee is described as being a “five-foot-three inch, black-haired beauty”. Another is defined as being a “pretty brunette” with brown eyes. The descriptions appear odd and almost out of place to a modern reader, as we do not typically fixate on the looks of students.

I am doubtful that this specific tradition would benefit Concordia’s students today. If it were to be implemented at Concordia now it would potentially warrant unnecessary judgement among peers. Despite this, I can imagine it would have been a very empowering experience for the girls who were nominated. Most of the contestants were not from Alberta and had left home to attend school at Concordia. Being nominated for Concordia Queen and immersing oneself in the festivities would have been a wonderful way to become involved with the school community. As someone who moved to Edmonton from elsewhere to attend university, I can sympathize that it is not always easy to make new friends. I think the appeal of extracurricular activities is established in their ability to bring people together. While I do not necessarily advocate for nominating one student as queen in our current university setting, I can recognize the importance of this tradition in Concordia’s past. 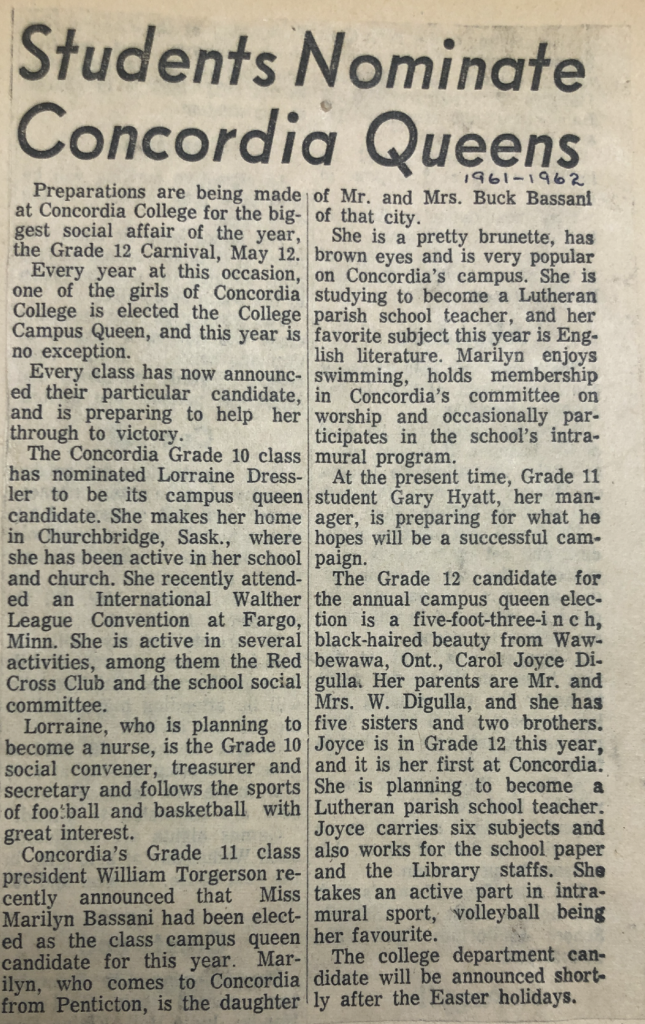 My name is Lindsay Horner, and I am an English major in my second year of studies at Concordia University of Edmonton. In my spare time I love to watch old films and read.