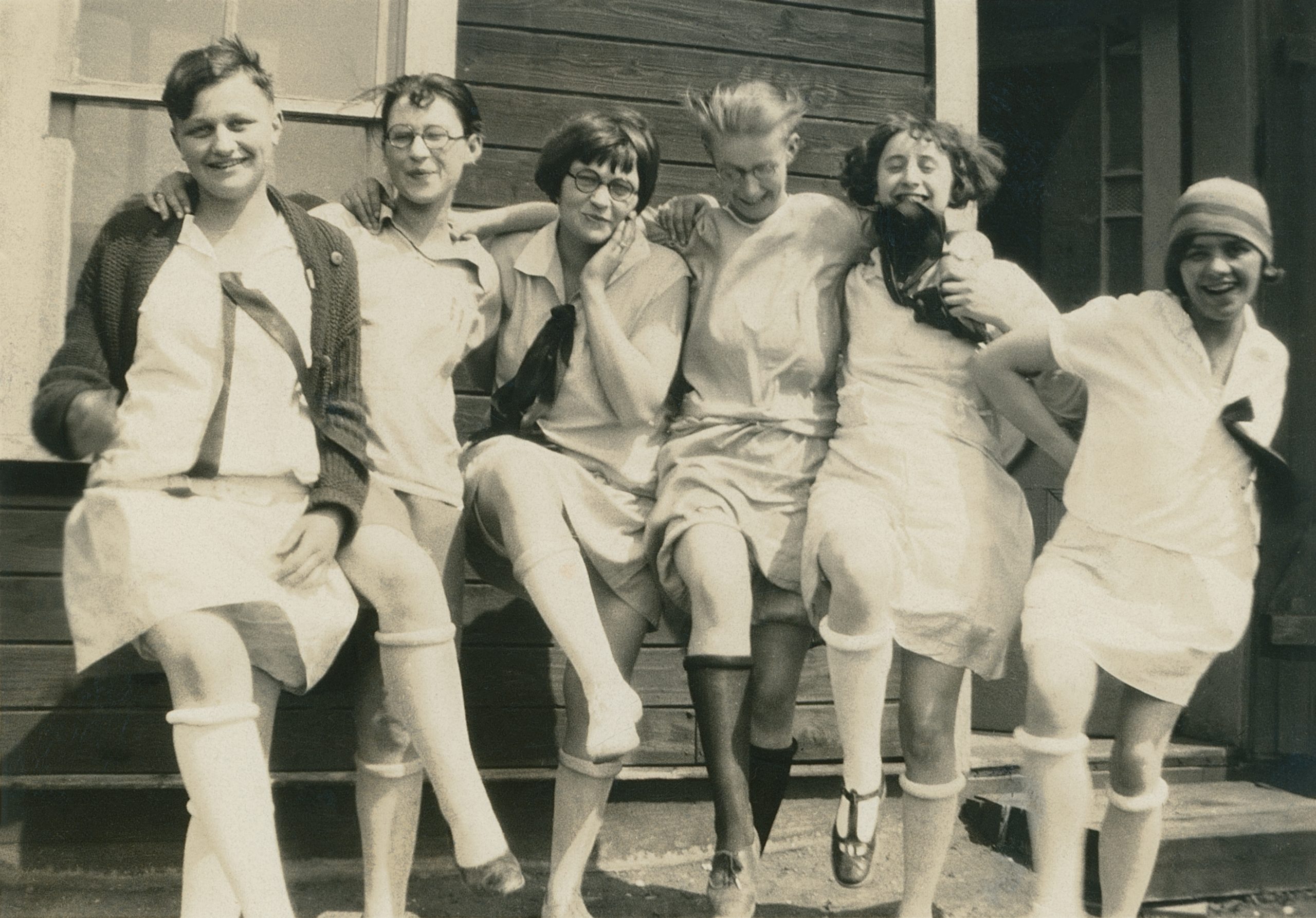 After Concordia opened in 1921, three female students enrolled in 1925, four in 1927, seven in 1928, twelve in 1929, and nine in 1930. To accommodate female students, the institution bought two A-frame houses in 1924 and converted them into a girls’ dormitory. Unfortunately, Concordia soon felt that the females preparing for teaching did not receive an adequate education, as Concordia’s curriculum was designed for ministerial students. Co-education was discontinued in 1931 and the two houses were sold for $300. In 1941 provincial high school courses were introduced and co-education was re-established. With no dorms on campus, female students were lodged in nearby homes. By 1948, the first full-time female teacher, Miss Edith Lechelt, was hired. On October 18, 1955, Concordia held a ground-breaking ceremony for the new women’s dormitory which was completed in April 1956 and dedicated as Eberhardt Hall. Women at Concordia continued to push forward, establishing their position more firmly within the institution. In 1961, seventeen grade eleven female students submitted a petition against the unrealistic expectations placed on them with homework, study time, and lack of recreational time. With the increasing female enrollment numbers, it was decided in 1963 to renovate the President’s home into a girls’ dormitory annex. Furthermore, in 1987, Concordia received funding for a fourteen-week Women Entrepreneur Program to help twenty-four women start their own businesses by providing career counselling and personal skill development. Concordia, like many other institutions in Canada, started off as a heavily male-dominated school but it has grown and transformed over the last 100 years to become an inclusive and diverse community.