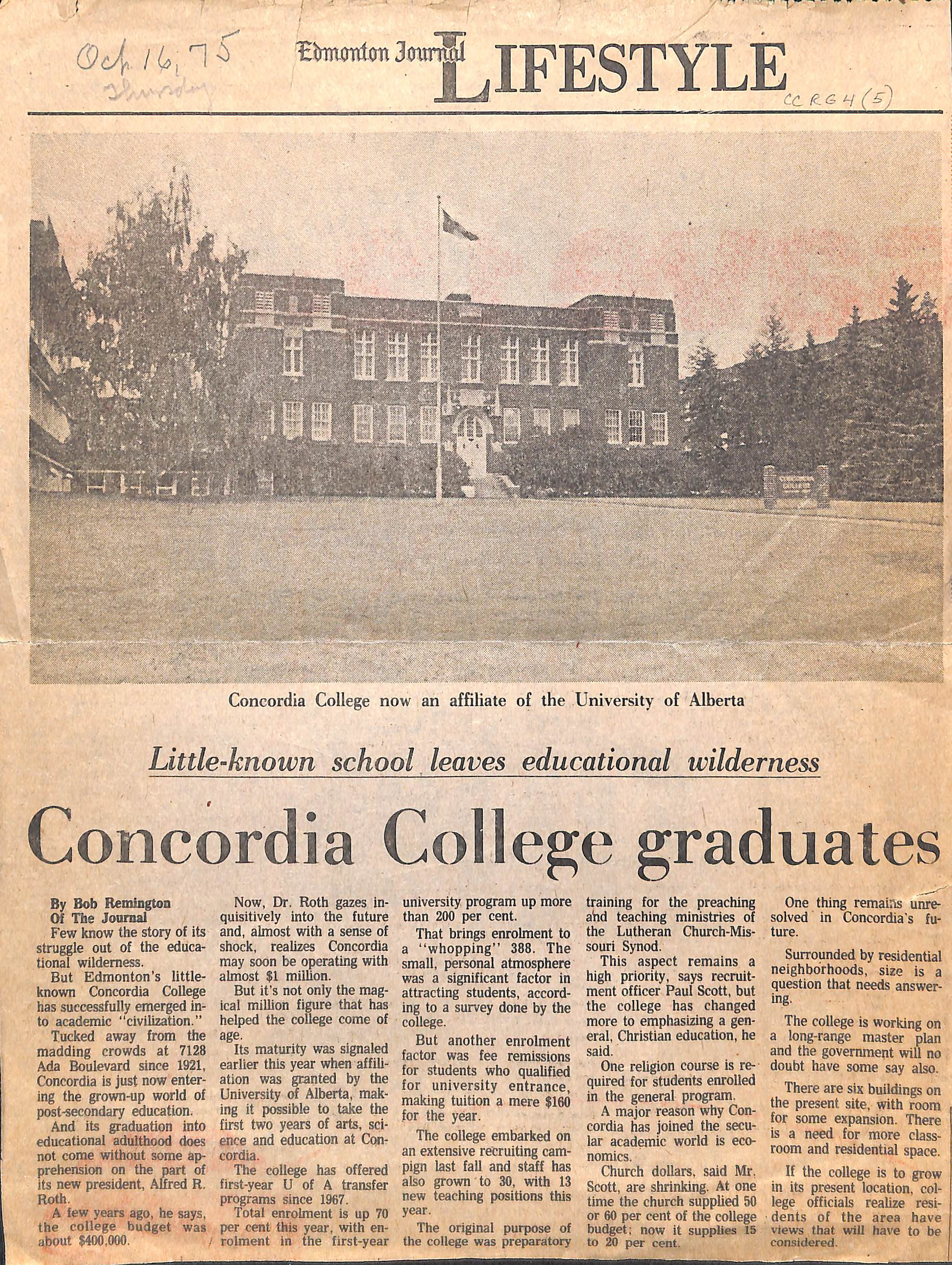 In October of 1975, city of Edmonton welcomed Concordia to the grown-up sphere of post-secondary education. In a short article which took up maybe one third of a page in the Edmonton Journal’s ‘’Lifestyle,’’ recurring epithets seemed to revolve around phrases such as ‘’academic civilization’’ and ‘’educational wilderness.’’ It appeared as if Concordia finally earned its right to sit at the grown-ups table following second-year affiliation with the University of Alberta, 54 years after it was founded. The original purpose of the school was centred around preparatory courses for preaching and teaching ministries of the Lutheran Church; however, as the college matured and its budget grew, Concordia emphasized offering a more general education. Such a change granted Concordia affiliation with University Alberta, making Concordia a starting point of a post-secondary journey which would be finalized at the U of A. Looking back at the articles throughout the years, one can see a ‘’small school’ concept intertwined with almost every paragraph written about Concordia. Where big universities held classes in classrooms that could accommodate two hundred people and more, Concordia’s overall number of enrolled students in October of 1975 was reported to be a ‘’whopping’’ 388 – again, the quotation marks around the word ‘’whopping’’ once more emphasized how small of a school Concordia was. However, despite the small-school narrative, consensus among students was apparent; the small school aspect was a selling point, and from there on out, Concordia’s popularity grew. Even 32 years ago, students highlighted their appreciation for smaller class sizes, which inevitably allowed for more personal experience to give them a one-on-one education.

Coming from a very small town of Vukovar, in Croatia, Europe, with a population of 25,000, I grew up in classrooms which never held more than 20 people. Concordia offered me a more personalized post-secondary experience, which undoubtedly made me feel more at home. As my undergraduate journey comes to an end, I realize I cannot be any happier with my decision of attending this ‘’small’’ school, which truly offered me a lot.