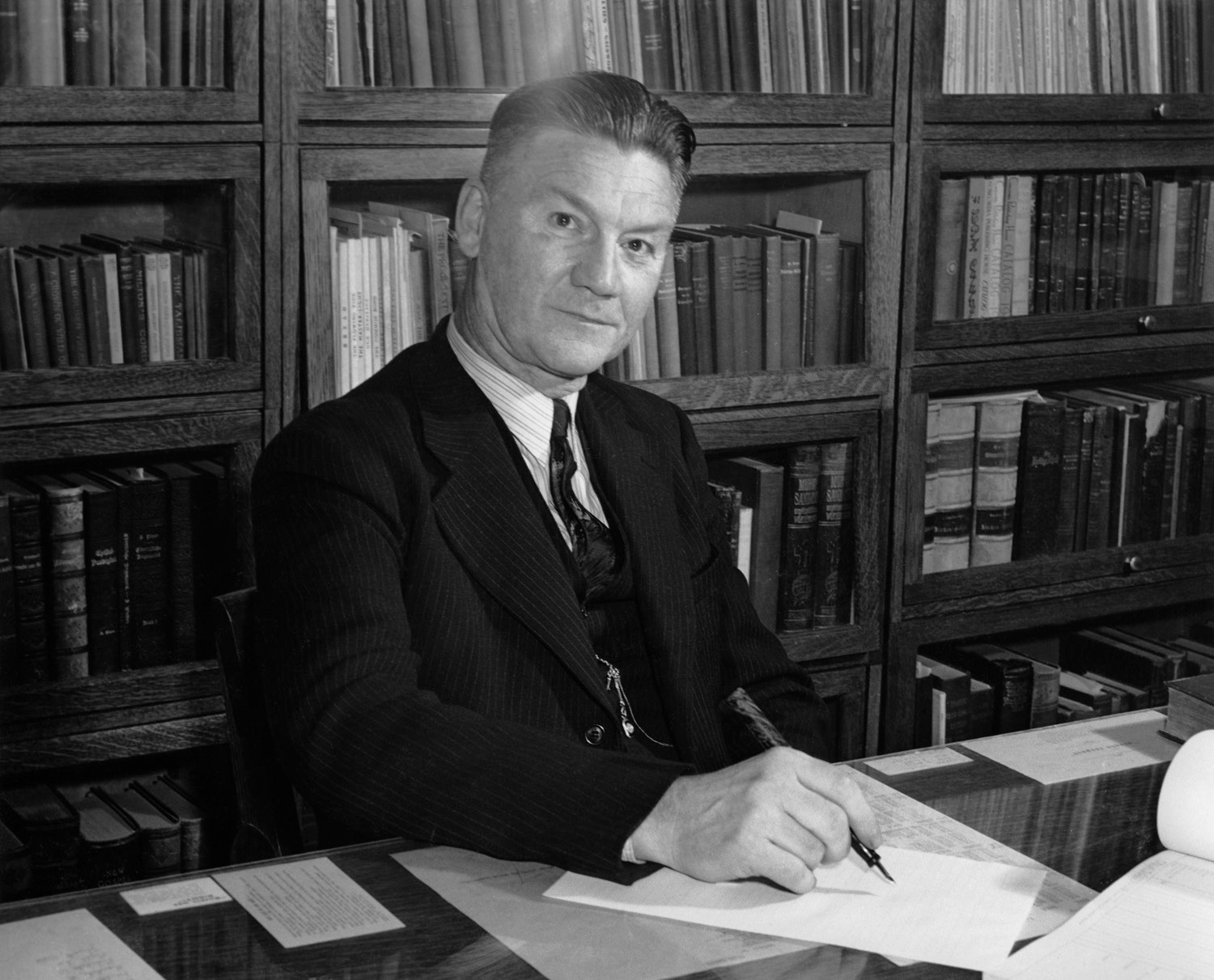 Dr. Albert Schwermann was instrumental in establishing and developing Concordia College. He served as Concordia’s first president for 33 years, and also as an instructor of English, typewriting, and music. Not only had Schwermann been a part of Concordia since the very beginning, but he also guided and sustained Concordia through the Great Depression, the Second World War, and a variety of epidemics such as polio, sleeping sickness, and scarlet fever. Schwermann had a passion for music and for Concordia’s choir, which he personally directed for a number of years. Even after his retirement as President in 1954, he continued to be a part of Concordia by leading the Board of Control meetings, being appointed as an advisory member to the District Board for Parish Education, and staying on as a professor. Schwermann finally retired from Concordia in 1963, after 42 years of steadfast and dedicated service to his students, his church, and his college.