Concordia and the Second World War 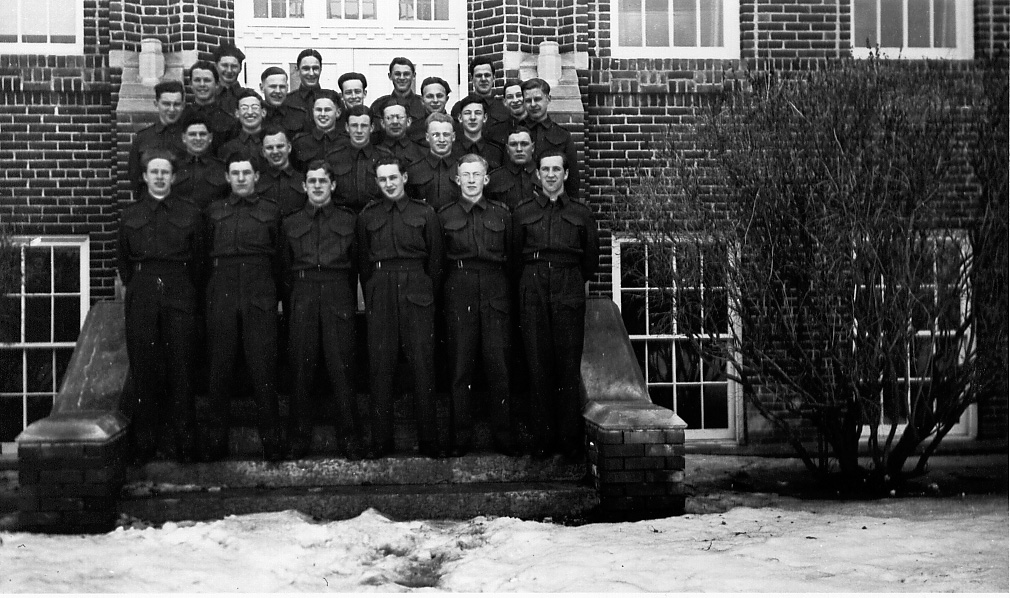 Concordia did not stand idly by when World War II struck in 1939. The school was given instruction to provide the male students with military training as, “… an emergency might arise at any time. The possibility of an attack on the west coast [was] very real.”  Male students who were exempt from the military formed a reserve force on campus called the Concordia Platoon. Students did all the regular training within the platoon. They participated in parades and even underwent Commando training – the only crew in Alberta so trained. Students in Edmonton were not alone when feeling the stresses of the war. In July 1940, Schwermann received a letter from a fellow Lutheran in Saskatoon, Saskatchewan, which stated that he was deemed an enemy of the state because his grandfather was born in Germany. This man was not only fingerprinted but told to carry his certificate of parole and show it to any officer who asked to see it. He was required to request special permission to leave Saskatoon and could not leave Canada without a special permit from the Registrar General in Ottawa. Tensions continued to rise in Canada as the war continued and in September 1942, a newspaper announced the government would pull any “idle students” out of college and conscript them in the army. Students with good academic standing would remain, but any students who failed to pass their exams would be sent to a military training camp. While many ministerial students were exempt, the pressure was still felt by all. By 1943, 55 of Concordia’s students and alumni were serving in the armed forces.