Violinist FRANK HO enjoys a multi-faceted career as a chamber musician, soloist, and pedagogue.  He holds Bachelor of Arts and Master of Arts degrees from the University of Alberta, as well as a Certificate in Performance and a Master of Music degree from Yale University.

His principal teachers were Evan Verchomin and James Keene (Alberta College Conservatory in Edmonton); Sidney Harth and Erick Friedman (Yale School of Music); and Yfrah Neaman  (Guildhall School of Music and Drama in London, England).  He has participated in masterclasses with distinguished artists such as Franco Gulli, Steven Staryk, Gyorgy Pauk, and Jaap Schroder. His performing career as soloist and chamber musician has taken him across three continents. Highlights include concerts at prestigious venues such the Royal Festival Hall and the Purcell Room in London; Weill Recital Hall, Alice Tully Hall, and Merkin Hall in New York City; and numerous campuses and concert series in western Canada. Many of his concerts have been featured on the CBC.

Mr. Ho makes his home in Edmonton with his wife and three children. He currently performs on a violin by Toronto maker John Newton, and a bow by Canadian maker Reid Hudson.

David has long history conducting that includes student ensembles, church choirs, and new music concerts. David’s conducting sparked the development of an expanded orchestral program at the STE due to his dynamic, student focussed approach. As a conductor, David has studied with Noel Edison, Michael Purvis-Smith and Leonard Ratzlaff.

David regularly writes and arranges music for student orchestras and for use in worship services. He has created the arrangements used by the Suzuki Charter School at their annual Winspear concerts
for the last three years. As an ensemble director David regularly uses his experience as an arranger to create tailored material that support students in successful performances.

David is husband to Paula with whom he is raising three young men.  They are active members at Concordia Lutheran Church and love to camp, garden and ski. 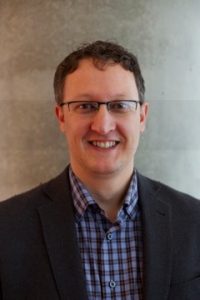 Born in rural central Alberta Darrell grew up in a very musical family and community. He began playing the violin at the age of twelve after receiving his first instrument. While growing up Darrell studied the flute in junior high band and began playing the piano. His violin teachers have included Leona Wood, Jennifer Bustin, and Guillaume Tardif. He has continued to stay involved in his boyhood community by playing for such theatrical productions as ‘Mary’s Veil,’ ‘Lost Apostle’, and ‘The Park Bench.’

Darrell has played in the University Symphony Orchestra, Academy Strings Orchestra, and Edmonton Pops Orchestra. He maintains a busy teaching and performing schedule in the Edmonton area and permanently occupies the viola chair in the Wild Rose Quartet, which he founded in 2008.