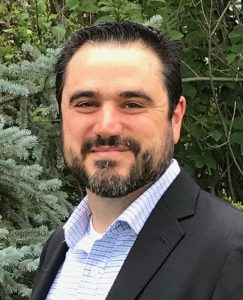 I specialize in Renaissance English literature and literary history. My current research project, The Boundaries of Ownership: Proprietary Authorship before Copyright, examines the emergence of the plagiarism accusation in English; it asks what authors understood themselves to own before literary property was first vested in them by the Statute of Anne, 1710.

I also publish on John Milton, literary theory, popular literature, and the role of memory in crime fiction, and maintain an active interest in Canadian literature. My reviews of contemporary poetry have appeared in The Antigonish Review, The Malahat Review, The Dalhousie Review, and The Fiddlehead.

My primary teaching responsibilities at CUE include Shakespeare and the literature of the English Renaissance, as well as introductory courses in literature and composition. I am open to supervising an Independent Study (ENG 480) in detective stories, police procedurals, or crime fiction.