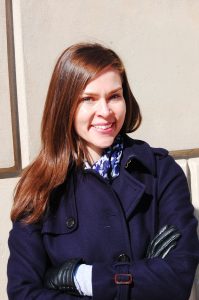 I specialize in the literature of the long eighteenth century, with particular focus on British women’s non-fictional travel writing. My book, Political Affairs of the Heart: Female Travel Writers, the Sentimental Travelogue, and Revolution, 1775-1800 (forthcoming with Bucknell University Press) addresses the discursive constructions of nation and gender in British women’s sentimental travel writing during the last quarter of the eighteenth century, and specifically during the American and French Revolutions. I have also published articles on the travelogues of Janet Schaw and Mary Morgan, and co-edited an early twentieth-century travel journal entitled Crossing Canada, 1909: Hope Hook’s Diary (2011).

In addition to eighteenth-century British literature, I teach in the areas of Victorian literature, critical theory, and first-year composition. I received the Faculty of Arts Graduate Teaching Award from the University of Alberta in 2012.

“‘The Tranquility of a Society of Females’: Mary Morgan’s A Tour to Milford Haven, Elizabeth Montagu, and the Transformative Politics of Female Governance.” ABO: Interactive Journal for Women in the Arts, 1640-1830, vol. 9, no. 2 (2019), n.p.

“Text, Context, and In-Between: Reflections on Editing a Juvenile Diary.” Co-presented at the International Conference on Literary Juvenilia, Durham, 2013.