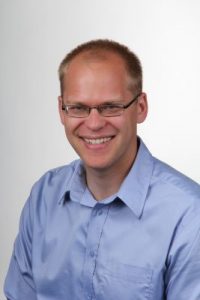 Professor of English, Chair of Literature and Language, Faculty Lead of Office of Teaching and Learning

I specialize in Middle English literature and legal history. My book John Gower and the Limits of the Law (Boydell and Brewer, 2013) deals with the intersection of law and literature in the fourteenth century, particularly in the works of John Gower. More recent articles explore such legal maxims as necessity knows no law as well as the theory of literature and law. I have also made a major contribution to the Online Gower Bibliography (160+ entries), and in 2019 I received the John Hurt Fisher Prize for my contributions to Gower studies.

The last few years, much of my time has been taken up with creating The Nature of Writing (https://natureofwriting.com/), a free open-access writing guide that is now used in all of Concordia’s first-year courses. The Nature of Writing provides hundreds of videos, exercises, and tutorials on all aspects of academic writing.

In 2020, I received the Judith C. Meier Teaching Award for my contributions to teaching at Concordia. I have taught a broad range of subjects, including medieval literature, first year composition, children’s literature, critical theory, and contemporary British literature. I am usually happy to supervise an Independent Study (ENG 480) in these areas.