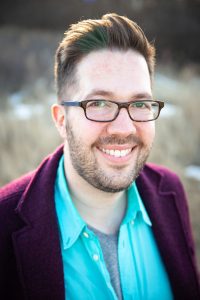 Adam Robertson is active throughout Alberta as a conductor, choral and vocal clinician, adjudicator, and teacher, with degrees in vocal performance (BMus) and choral conducting (MMus and DMus). During his time in Edmonton Adam has conducted several ensembles including Da Camera Singers and Edmonton Children’s Choir. He is currently the director of the Concert Choir at the University of Alberta and the longest-serving assistant conductor of the University of Alberta Mixed Chorus. In 2019 Adam founded the All Points West Chamber Choir, a 32-voice ensemble whose goal is to advocate for musical inclusivity by creating programs that fuse traditional choral repertoire and popular music.Adam remains active as a vocalist and is an associate member with Pro Coro Canada. As an instructor at the University of Alberta he teaches conducting, music history, and music theory. His current area of research deals with the advocative role of honour vocal ensembles for choral music in the community at large. 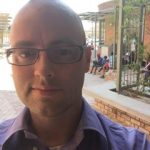 Aaron Ball has taught music and kindergarten in the Edmonton Catholic School District, and also has served as a MakerSpace consultant. He has a long and fond history with Singspiration, beginning as a counsellor many years ago and more recently as an Inspiration for Teachers attendee and presenter. In the last couple of years he has been thrilled to pass on his love for this choral camp with the next generation, as his own children are finally old enough to attend! 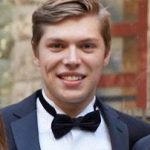 Christian Maxfield is an education student at Concordia University of Edmonton, where he completed a B.A. in history and music (voice) in April 2017. He has sung with various choirs around Alberta and Canada, including the Edmonton Youth Choir, Concordia Concert Choir, Pro Coro Canada, and the National Youth Choir of Canada (2016, 2017). In his free time Christian enjoys cooking, reading, and keeping active. He has attended Singspiration as a camper, volunteer, and counsellor, and is thrilled to return this summer!

Kathena Lin is currently finishing up her Bachelor’s degree in social work at MacEwan University. She also sings in Edmonton Youth Choir, writes “coffeeshop” songs on her guitar, does calligraphy, and boulders. Singspiration has been a huge part of her life since she began attending at age 11, and she hopes to share the magic of this life-changing camp!

Our Singspiration counsellor team is instrumental in making camp the awesome experience that it is for young people! These dedicated individuals spend the week of camp with the Singspiration campers, staying overnight, supervising meals and activities, planning social times and assisting with the running of camp. We have openings for counsellors at Singspiration 2019, as well as opportunities for volunteers to take on various tasks throughout the week. Counsellor positions are paid, and we invite applications from individuals who

All counsellors and volunteers who work with minors must also pass a criminal record check.

Interested? Click here for an application form; download, fill out, “Save As” to retain info after closing, and return as indicated). The deadline has been extended to May 15, 2020.