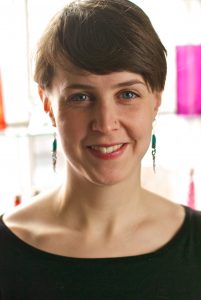 Nova Scotian native Susan Farrell (B.Mus. Mount Allison University, M.Mus. University of Alberta Choral Conducting) has been making waves in Alberta the last several years as a rising choral conductor.  Susan conducts the Braille Tones and Semitones choirs, which serve adults and children with disabilities in Edmonton. She also leads the Edmonton Junior High Choir, is the assistant conductor of the Òran Chamber Choir, and can be found leading music at St. Paul’s United Church on the weekends, too!

Susan’s sense of fun encourages her singers to create community and her enthusiasm for singing guides them in finding their own unique voices. 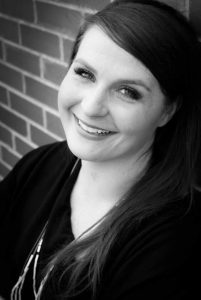 Lisa Friesen is a lifetime lover of choral music! She has been involved with choral singing in some way, shape or form since she joined her first choir at 12 years of age. Lisa took advantage of every opportunity she had to sing in high school before going on to study music at Prairie Bible College, where she obtained her Diploma in Music, majoring in voice and minoring in piano. Lisa then moved on to complete her combined Bachelor’s Degree in Music and Education at the University of Alberta, where she continued to major in voice and took on the French language as a minor.

Before completing her degree, Lisa spent a semester studying in France, where she had the opportunity to direct her very own choir for the first time. Upon completing her university education in 2010, Lisa received employment with the Red Deer Public School District, directing the very same choral program in which she sang as a student! In 2013, Lisa was selected to be the apprentice conductor of the Alberta Youth Choir under the direction of Scott Leithead, and she continues to volunteer for this very worthy program as a member of the working group.

In addition to her choral ventures, Lisa keeps busy raising her 2 young boys alongside her husband. She also enjoys vocal-coaching the musical theatre students at Strive Dance Academy in Red Deer. 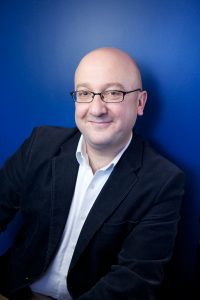 Timothy Shantz brings a wealth of expertise and artistry to his roles as Chorus Master, Conductor and Artistic Director. He is an experienced conductor, collaborator, and tenor soloist. He is the Chorus Master for the Calgary Philharmonic Orchestra, Founder and Artistic Director of Luminous Voices, and served as Artistic Director of Spiritus Chamber Choir during a very successful period with the choir. In 2019 Timothy Shantz joined the Department of Music at The University of Alberta as an Associate Professor. As a conductor, Shantz is recognized for his work in early music, contemporary works, and virtuoso unaccompanied choral music, as well as large choral-orchestral masterpieces. Kenneth DeLong of the Calgary Herald wrote, “​It is hard to believe that it has been a full decade since Timothy Shantz became the chorus master of the CPO Chorus. During this decade, Shantz, always energetic and full of initiative, has transformed the choral life of the city.​” Under his direction, Spiritus Chamber Choir earned the Healey Willan Grand Prize from the Canada Council in 2017 and 2013 and has toured internationally, earning second prize at the Fleischmann International Choral Competition in Cork, Ireland, as well as second prize at the Florilège Vocal de Tours in France.

Timothy Shantz has several recordings to his name, including Zachary Wadsworth’s ​The Far West ​(2016) of which Joshua Kosman of the San Francisco Chronicle wrote, “​beautifully sung, as everything here is, by the aptly named Luminous Voices under Timothy Shantz.”​ “The Far West“ was awarded the 2018 National Choral Award for Outstanding Choral Recording and 2016 National Choral Award for Outstanding Choral Composition from Choral Canada. The choir’s first recording, “Mendelssohn’s Te Deum” earned the 2016 Choral Canada award for Outstanding Choral Recording. Other recordings include, James MacMillan’s ​Seven Last Words​ (Spring 2014), ​All the Stars Looked Down​ (2012) and O​f Stars and Solitude ​(2010) with Spiritus Chamber Choir. Performance highlights as tenor include Händel’s M​essiah a​t Carnegie Hall, soloist and ensemble singer at the Carmel Bach Festival (2008-2016) and twice with the Lucerne Festival Academy under the direction of Pierre Boulez.

Shantz holds a Doctor of Music degree in Choral Conducting from Indiana University Jacobs School of Music with a dissertation analyzing the unaccompanied choral work ​Sun-Dogs by composer James MacMillan.